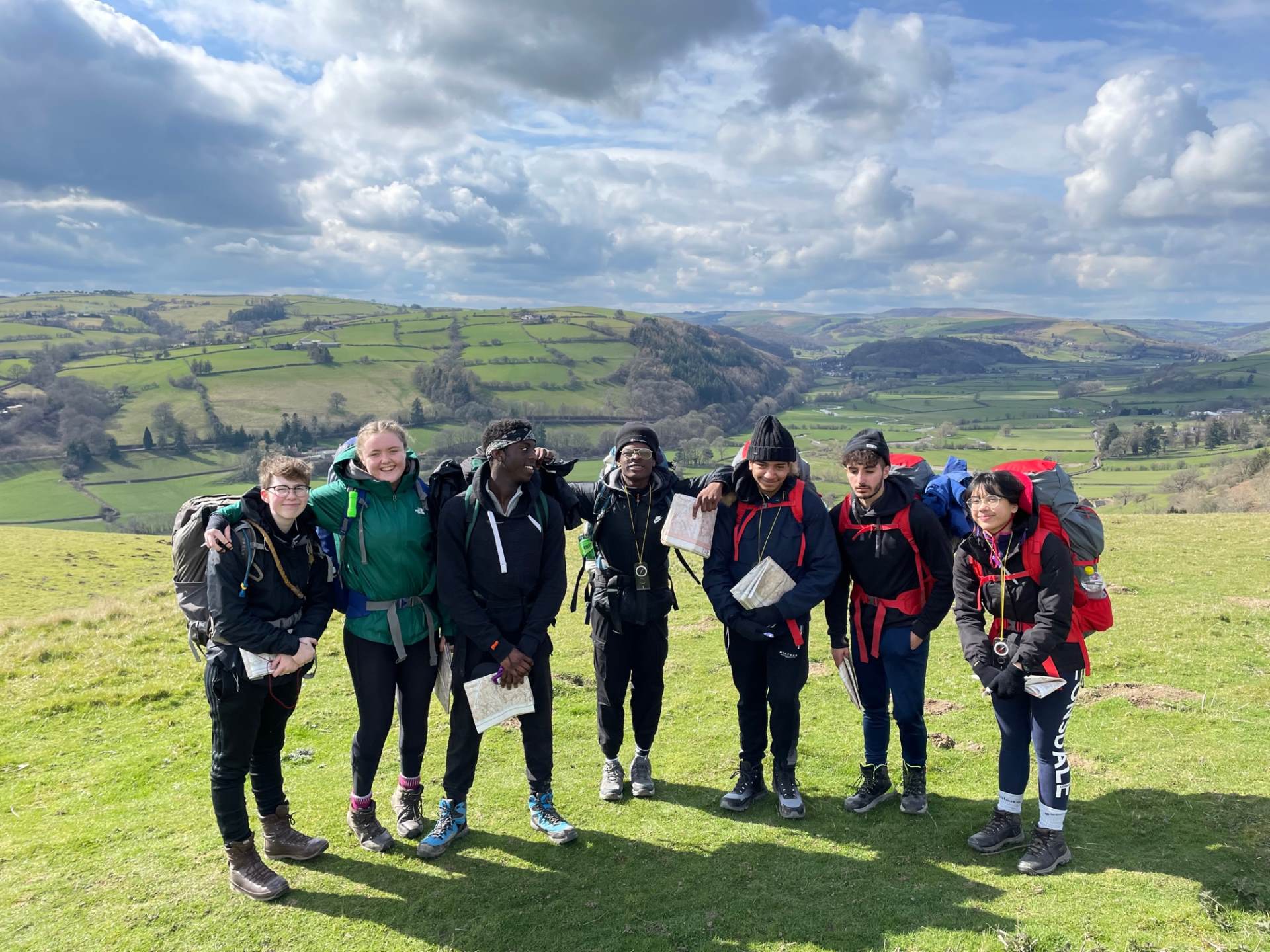 Early on Saturday morning, our first Gold expedition in three years headed off to the Shropshire Welsh border to undertake their pre-Practice Expedition.

After a quick equipment check on arrival to camp, the group headed off towards the Welsh border, succumbing Offa’s Dyke. Ahead of them they were trained on how to triangulate their position using features from the Welsh landscape that included mountains and aqueducts.

On returning to camp, the group pitched camp and began to cook their evening meals. Unusually this took rather longer than expected, taking up to two hours for pasta and sauce to be cooked.
As the sun rose on day two of the expedition, the frost began to yield. Having overcome a temperature of -4, the team rose to a crisp morning and began to make their oats breakfast.
After a delayed start, the group headed off to challenge their fitness by climbing three peaks. Having undergone further triangulation training the team headed off to conquer the hills surrounding our base camp.

Whilst doing their best to avoid the planned route the group did indeed sight unicorns as they made their way towards the checkpoint to head uphill. Unfortunately, the group were too focused on the alleged unicorns and headed SW out of the stream rather than complete the routes on their map.

Having overtaken the group on the steep climb, staff we’re able to overtake the group using ‘little steps’, covering twice the distance to ensure the group were on track.

Heading south towards Wales, the group passed some devastation from Februarys storms that took out over 40 trees. The rest of the day was spent testing their new-found navigational skills before returning to camp to work on their evening meal.

Day three saw the group head off early to be dropped in the middle of nowhere in Wales. With only a compass and empty map the group headed of with pace akin to that of a snail, covering 4 km in just under 3 hours.

Having successfully arriving at Knighton the group head off towards Black Venn that would see the team arrive back at camp on time.

As the group awoke to their final day, they refined their campcraft skills, achieving an excellent start to checkpoint one without any issues – leaving only the one real hiccup before checkpoint Charlie.

To their credit, the team appreciated their efforts of their four days, encouraging other team members with their new-found skill set ensuring they would return to Tommies.

A huge thank you to the students who really pushed themselves and of course to Miss Young, who shared her own experiences whilst undertaking Gold to accept nothing but their best.

Looking ahead to the summer term the team will head of to the Dark Peaks to complete their final practice expedition.

Well done to one and all.