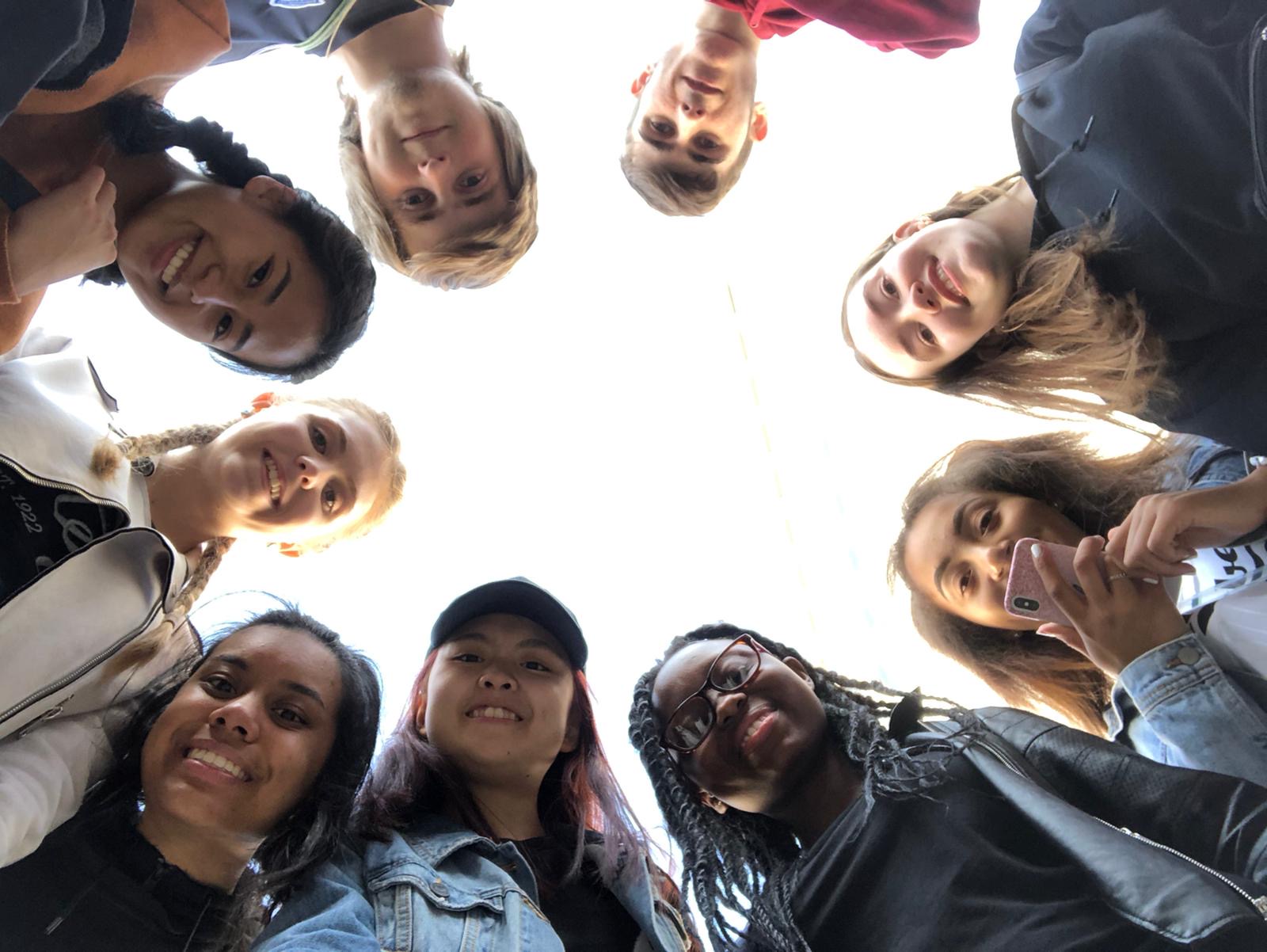 What better way to spend the first weekend of the half term break than with 29 students on a History trip to Munich? After a smooth flight into Munich, we caught the S-Bahn to our hotel to check in before heading out for the day. We were treated to warm sunshine and clear skies! We visited the historic centre of Munich and Marienplatz, to search for somewhere to eat. Many of us tucked into traditional Bavarian dishes like pork belly and potato dumplings, or schnitzel and cabbage. Others went for pizza or burgers! Our first historical visit was to the former Nazi Documentation Centre - where we learned about intolerance under the Third Reich as well as the lessons learned from the Nazi period. Afterwards, we took in sights around Munich before heading back to the hotel for a brief rest, and then out to eat in the evening at a local restaurant.

On Saturday, some of us began our day by watching England defeat New Zealand in the Rugby World Cup semi-final, whilst others rented bikes to cycle around Munich. After a brief shopping break, we caught the train to Dachau Concentration Camp - the first of the Nazi labour camps. Our tour guide told us how Dachau became the model for other labour camps during WW2, where Jews and other political opponents of the Nazis were imprisoned. In the evening, we went to a traditional Bavarian Bierkeller where students and staff enjoyed a range of German foods like pork shank and dumplings, pretzels, currywurst and schnitzel. Students sang songs all the way back to the hotel.

On Sunday, we caught an early train to Nuremberg to see the former Nazi Rally Grounds (now a museum) and the site of the Nuremberg trials which punished the remaining Nazi leaders as war criminals. On our return to Munich we visited the Church of Our Lady for a short prayer service to reflect on our day and the many blessings we enjoy. Our evening meal was celebrated at the Hard Rock Café - followed by more singing on the U-Bahn back to our hotel.

Monday arrived and the weather turned a little gloomier - but our spirits weren't dampened! We started our day at the Olympic Park, the site of the 1972 Munich Games, which also houses the BMW museum. Students had a go at 'driving' a few flash vehicles and Mr Gay taught us about the Munich Games and the terror attack which left 11 members of the Israeli Olympic team dead. After we took in the sights there, we went back to Marienplatz for one final lunch stop before our flight home.

Our students always make us proud, but this group of incredible young people threw themselves into enjoying and valuing this opportunity to experience a different culture, to learn some European History, to try new things and most importantly, to make some treasured memories. It was a pleasure to spend 4 days with them. Their participation, and ability to sing and dance at every opportunity impressed myself, Mr Gay & Mr O'Sullivan, as well as the locals! It was impossible to choose a 'top tripper' as we shared so many special moments with all 29 of them, but special mentions to Lily, for her resilience; Cara, for entertaining us all; and Wing-Kei for filming EVERYTHING!